NICT has exhibited at SC19*1 held in Denver, Colorado, USA from 18 to 21 November 2019. In SC19 exhibition, we constructed a world-scale 500Gbps experimental network (5 x 100Gbps route) which consists of JGN, NICT’s testbed network, and other global R&E networks between Tokyo and Denver for mainly carrying out a demonstration of over-400Gbps data transfer experiment and exhibited the 400Gbps Ethernet interconnectivity demonstration as well as posters illustrating NICT related activities. Our experimental network was also used for demonstrations carried out by universities such as Tokyo University, Osaka University and University of Texas at Dallas (UTD) which collaborated with Keio University.

At the NICT booth, we have conducted data transfer experiments using five 100Gbps routes between Tokyo and Denver by “MMCFTP” (Massively Multi-Connection File Transfer Protocol) developed by NII, and succeeded for achieving the maximum transmission rate over 400Gbps from memory to memory at its peak. The distance and the delay time for each route is significantly different (about 120ms in the shortest path and 360ms in the longest path), consequently the success of this experiment has proved the effectiveness of MMCFTP in the international collaborative use of observational data in the field of the advanced science and technology. Also, this experiment was accepted for SCinet Network Research Exhibition*2 and participated.

For this demonstration experiment, it was required to prepare total 500Gbps bandwidth between Tokyo and Denver. The circuits are connected between Japan and the United States via multiple 100Gbps R&E networks owned by research institutions around the world (Fig. 2). The network must meet the conditions for the experiment such as having necessary bandwidth while making sure that other experiments should not be affected and any routes in the network are not overlapped. On top of this, the experiments like this require traversing multiple network domains. So, it is not only R&E networks to be interconnected internationally, it was essential for us to cooperate closely with international community to customize all sections from end to end whenever necessary.
As a consequence, we have been able to establish total of five 100Gbps routes between Japan and the United States through the Pacific Ocean, Asian and European regions with the cooperation of international community.

The network consisted of; 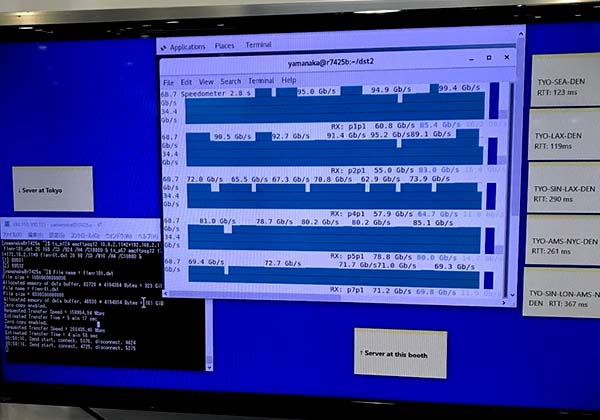 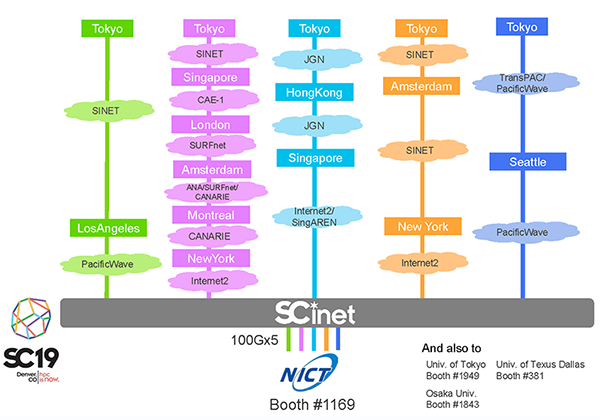 In the NICT booth, with cooperation of Juniper Networks, Inc. and Cisco Systems, Inc., we built an experimental interconnectivity environment with 400Gbps Ethernet between their equipment (Fig.3&Fig.4. Juniper QFX5200-32CD and Cisco NEXUS N3K-C3432D-S). 400Gbps Ethernet connections are scarcely used in the world except for large-scale network events. This 400Gbps Ethernet interconnectivity experiment between multiple vendors follows the world’s first successful demonstration experiment of Sapporo Snow Festival ultra-high-definition video transmission by NICT in February 2019.
The two devices were connected with 400G(QSFP-DD) and four out of five paths used in 500G data transfer experiment mentioned above went through the 400Gbps Ethernet in our booth. 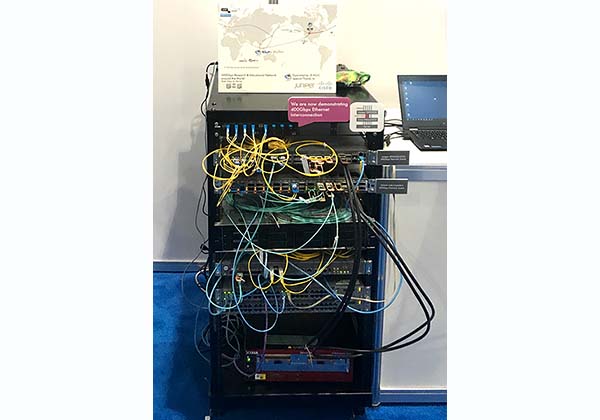 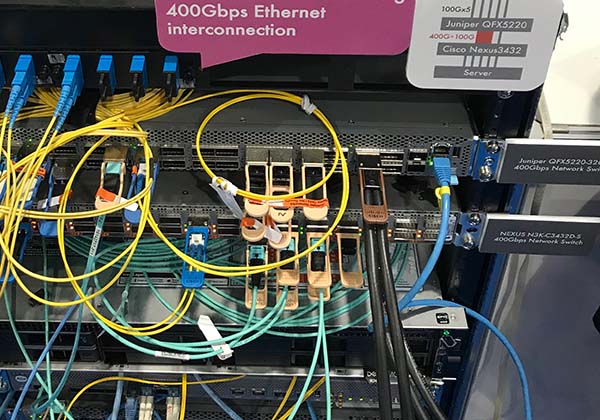 We exhibited posters below;

International experiments supported by NICT at other SC19 booths 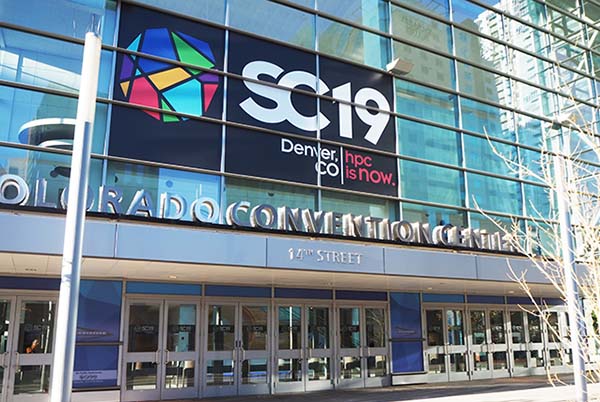 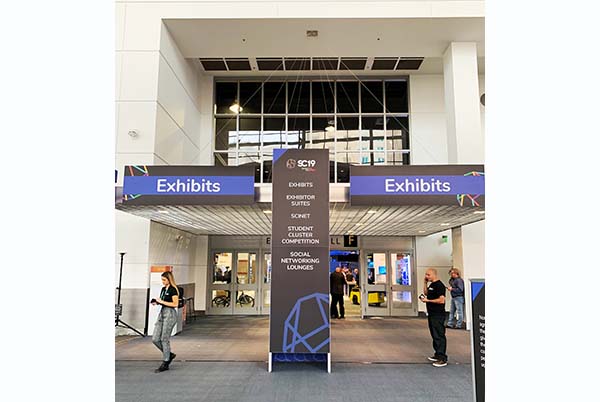 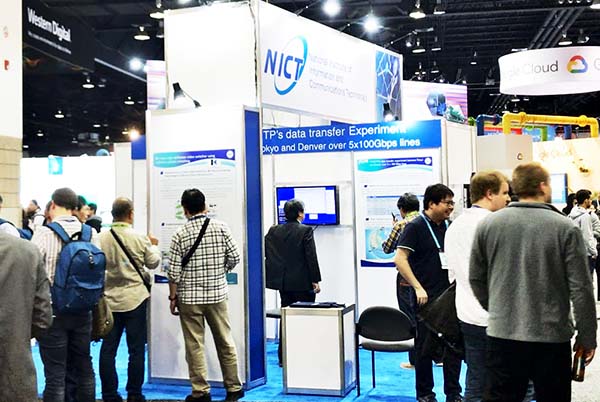 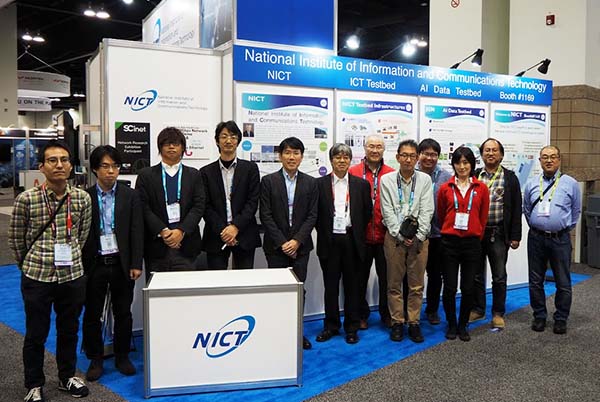